We couldn't find any results matching your search query

Working together ITR and Immersive AV provide a collaboration of event technology hire and creative delivery.

From concept & design through to pre-visualisation, test and build our collaborative partnership will turn your vision into reality.

Whatever the vision, equipment or event duration our combined team of experts will work as your creative partner

Our market experience and collaborative process enables us to work seamlessly with partner organisations in the live events industry, adding value and making the creative and organisational process simple, efficient and fun

From concept & design through to pre-visualisation, test and build our collaborative partnership will turn your vision into reality.

Whatever the vision, equipment or event duration our combined team of experts will work as your creative partner

Our market experience and collaborative process enables us to work seamlessly with partner organisations in the live events industry, adding value and making the creative and organisational process simple, efficient and fun

For an immediate response to your enquiry please call us on 01952 686900 or send an email to sales@itr.co.uk 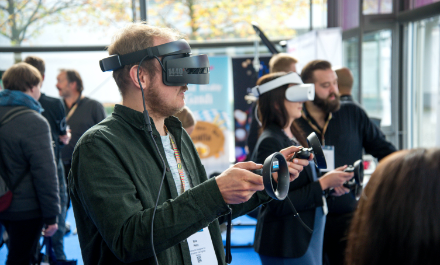 Our expert team of dedicated account managers and technical support staff are available to help you in the short term hire of the latest technology for live events, conferences and exhibitions. 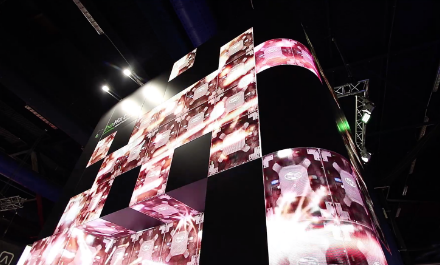 From LED floors to flown solutions and the market-leading beMatrix LEDskin, available exclusively in the UK from ITR, we have the solution to meet your needs.

The Charing Cross Symposium (CX) first took place in 1978 at Charing Cross Hospital, Hammersmith, London, and has gone on to become the longest running vascular and endovascular symposium in Europe as well as one of the largest such meetings in the world.

London (UK) has been the host city of CX ever since. Until 1998, the symposium was held at Charing Cross Hospital, and between 1999 and 2012 at Imperial College. In 2013, it moved to Olympia London’s National Hall, and in 2014 to Olympia London’s Grand Hall.

The first CX had 100 attendees. In 2018, the Charing Cross Symposium – Controversies Update had more than 4,000 participants, from 86 countries, making it a leading global event.

The Charing Cross Symposium raises vascular and endovascular controversies so that a world-class faculty challenges the available evidence in order to reach a consensus after discussion with an expert audience. This forms a three-year cycle. Challenges will be discussed in 2019.

All Charing Cross Symposia are distinguished by a unique and logical programme, which focuses on identifying evidence for optimal vascular disease management from head to toe, catering for all vascular specialists.

Debate and emphasis on interaction with an expert audience are key aspects of the CX’s style. Education, Innovation and Evidence are CX core values.

Short presentations and time keeping are key characteristics of the CX sessions; these enable the right time for comments and questions by the audience.

At the sessions, there is a chairman who monitors time, encourages audience and speaker interaction and conducts the discussion; there is also a moderator who assists the chair with questions to and from the audience.

Who should attend CX?

How to get there

Are you unsure of how to take your event from initial ideas to the final product? Don’t worry, here at ITR we can fine tune all of your event notes into one, incredible package. Planning an event can be confusing and stressful, but never fear! All of us at ITR have years of experience in the events industry that you can have at your disposal. We can help with everything from planning the solutions required at the event, pre-configuration, health and safety, software solutions and more so that your event is as polished and effective as possible. Our consultancy services can point out the gaps in your event delivery or analyse your processes and procedures to ensure you are delivering value to your customers. We can evaluate your content to ensure that you are delivering the perfect message, and use conference design to improve your meetings with clients and workers alike. By evaluating and discussing your events we will support you to fully understand the potential of your events, and help you succeed in areas you are unsure of. Opening your business and event up to critique and guidance is a bold move, but one we will prove is effective with our bespoke consultancy services.

When hiring from ITR, you can take advantage of our highly-trained and knowledgeable staff whenever you need them.

Our staff are on-hand to answer all of your burning questions and to solve any problems that may arise from 6am until 9.30pm every single day, as well as being available on-site when needed.

Whether you’re hosting an event in the middle of the week on a blazing summer’s day, or on a weekend in the dead of winter – our staff are only a phone call or an email away.

This, coupled with our fast and reliable delivery service across the country and even overseas, allows you to de-stress and relax when you’re planning your event, with the knowledge that you have the unwavering support of ITR.

When you hire from ITR you don’t only receive outstanding products, value for money and a wealth of knowledge – you also get to benefit from our stellar continual improvement process.Constant feedback is an important aspect of the continuous improvement model, and something that we value between both our customers and our employees.

You will benefit from a business and a product selection that is constantly growing and improving based on your feedback and that of our very own staff.

Here at ITR we supply IT and AV equipment rental solutions for businesses which are used at exhibitions, training courses, conferences and any short term event or hire period.

With ITR you can choose from a variety of different products from leading brands in the technology industry, all from under one roof.

Our wide range of equipment includes Apple Mac, laptops, PCs, tablets, printers, fax machines, LED/LCD screens, virtual reality equipment, touch screens,audio equipment and even robots – so whatever you need, we can supply it.

We only stock equipment from top manufacturers such as Apple, Samsung, Sony, Dell, Iiyama, Philips, Unilumin, NEC and Lenovo and as our stock is constantly growing and is always being updated with the latest technology, you never have to worry about quantity or quality when hiring with ITR.

If you’re not sure exactly what products you need, you can speak to members of our highly-knowledgeable team to help match you with the best solution for your next event.

With installation services, on site tech and a tech support line, if you ever experience any problems or have a simple question to ask, someone will always be at hand to help you.

Did you know that the average number of staff per stand at UK exhibitions is just over 3? or that less than 2% of UK exhibition stands have some form of Virtual Reality to try?

For the past 5 years ITR has collated a huge amount of data on exhibition stands of all sizes from various exhibition venues right across the UK. By analysing this data and the opportunities it provides ITR is able to put you in the driving seat when you are planning your next event.

Speak to one of our experienced team members to find out more.

We use cookies to ensure that we give you the best experience on our website. If you continue to use this site we will assume that you are happy with it.OkNoPrivacy policy